The historical legacy in Granada is very large and is evident both in the monument of the Alhambra and the Generalife , and in its neighborhoods: the Albaycín , the Sacromonte and Realejo and in the downtown area and around the Cathedral .

Other interesting visits are to:

The Cathedral and the Royal Chapel

The Granada Cathedral is a masterpiece of the Spanish Renaissance, symbol of Christianity and one of the most important monuments in the city. It was built by Isabel the Catholic on the main mosque of Granada and built in the sixteenth century by Diego de Siloé. In its museum you can admire pieces of painting, sculpture, tapestry, goldsmiths and sacred ornaments. The monumental set of the Cathedral includes the Royal Chapel, although the visit is independent.

The Royal Chapel, place chosen in 1504 by the Catholic Monarchs for burial, is the largest funerary chapel in Spain. In Elizabethan Gothic style, it houses the mortal remains of Don Fernando de Aragón and Dona Isabel de Castilla (Catholic Monarchs), and those of Doña Juana I, Don Felipe and the Infante Miguel. The Treasure of the Royal Chapel, contains a splendid collection of personal objects, tables and goldsmith of the Queen Isabel, as well as the sword of King Fernando.

The Cathedral and the Royal Chapel are located in the heart of the city, next to some of the most important buildings of the Arab period, such as the Madraza (first university of Granada) or the Alcaicería (former Arab souk where silk was manufactured and sold, now converted into a network of commercial streets). Another interesting visit in the area is to the contemporary art center of Granada, José Guerrero Center. In the surrounding area there is a lively atmosphere, between narrow streets and open squares, such as the Plaza Bib-Rambla or the Plaza de las Pasiegas, with typical shops and numerous tapas bars, restaurants and cofee shops.

The Monastery of San Jerónimo, another jewel of the Renaissance, was founded by the Catholic Monarchs and consists of an imposing church and monastery. In his church, where the wonderful Mannerist reredos of the Main Chapel stands out, where the Great Captain was buried with his wife. The monastery has two landscaped cloisters, the first one, of Renaissance style, can be visited and the second is cloistered.

The Monastery of the Cartuja was founded in 1506 by order of the Great Captain and three centuries passed before its construction was completed. It mixes different architectural styles, although it represents one of the peaks of Spanish Baroque architecture. They emphasize the Sacristy and the Church, of Baroque style. There lived a community of Carthusian monks until his expulsion in 1835.

Built in 1928, the Plaza de Toros de Granada (Bullring), also known as La Monumental, is declared a Site of Cultural Interest and is one of the 10 largest bullrings in Spain for its architectural and historical value.

The Corral del Carbón was built in the 14th century, at the height of the Nazarí era, it is the oldest monument that the Arabs left us and the best conserved arabic old market of the peninsula. Formerly a public place for the purchase, sale and deposit of merchandise, it now houses a tourist information office, the office of the City of Granada Orchestra and the interesting library of the Andalusí Legacy. Concerts and performances are performed in its courtyard, especially in summer.

El Bañuelo of Granada, declared a National Monument, was built in XI century and is one of the oldest and most complete Arab public baths preserved in Spain.

El Realejo is the old Jewish quarter of Granada in Muslim times. Located at the foot of the Alhambra, it is currently a neighborhood with lots of life, full of charming corners, such as the “Corrala de Santiago”, typical house of neighbors of the sixteenth century, the “Placeta de la Puerta del Sol”, which retains its old laundry, Mariana Pineda square or “Campo del Príncipe” square. In the Realejo there are a lot of bars and taverns where you can eat or tapas and souvenir shops among emblematic buildings such as the palace of “La Casa de los Tiros” from the 16th century, the “palacio de los Condes de Gabia”, the Church of “Santo Domingo” founded by The Catholic Kings in 1492, or the old Captaincy, among others.

The Carmen de los Mártires is a perfect place to take a walk in the lhambra’s surroundings, among romantic gardens with stunning views of the city. 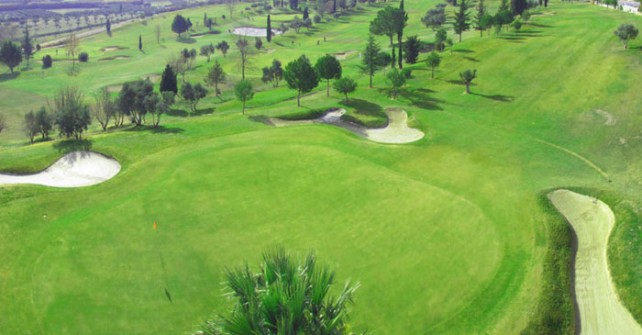 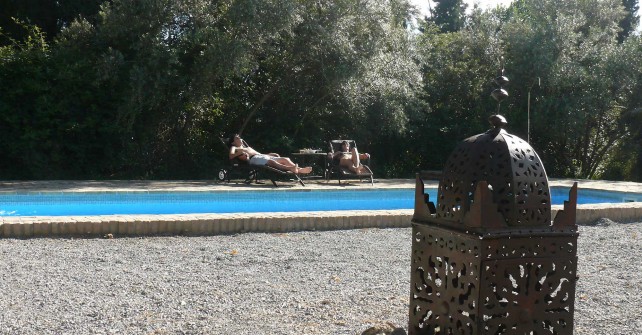 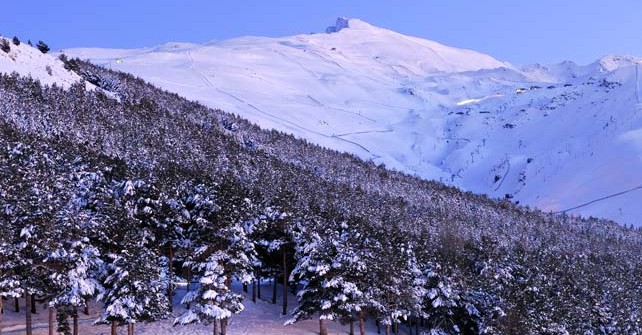